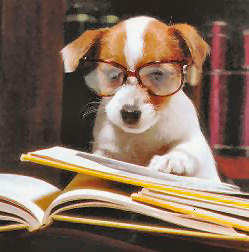 CLICK HERE for pending and approved Federal and State Legislation regarding HORSE SLAUGHTER.

Animal Law Coalition is a non-profit corporation with headquarters in Seattle, Washington and an office in New York.

ALC is a 501(c)4 which allows us to promote or oppose political candidates and lobby with fewer restrictions for legislation in support of animal welfare.

It is the mission of Animal Law Coalition to advocate for animals to live and live free of cruelty and neglect. Animal Law Coalition works to bring the latest animal legal news to attorneys, law students, animal welfare advocates and the public. It is our goal to get the public involved to help stop animal cruelty.

Also, more and more, the fight to improve animal welfare is taking place in Congress, state legislatures and local governments as well as federal, state and municipal courtrooms.

Animal Law Coalition is there, drafting legislation and lobbying, and participating in litigation and administrative agency actions to stop animal cruelty and advance animal welfare.

Join us and learn how you can help stop animal cruelty and improve the lives of animals in your community!

Laura Allen, Esq. is the founder and Executive Director of Animal Law Coalition. She is a trial attorney with more than 20 years of experience trying cases and arguing appeals in the state and federal courts in Washington, Illinois, Missouri and Arizona.

Several years ago, when she and her husband adopted a dog from the local shelter, they had no idea how he would change their lives.

“Like many of you, I could see the suffering that goes on every day in shelters, breeding facilities, factory farms, slaughter houses, animal ‘parks’ or exhibits, circuses, animal research facilities, and homes where there is abuse or neglect. I could see the policies of the federal as well as state and local governments were more focused on expedience, cost and convenience when it comes to animals than their humane care and treatment, their right to live. Government policies are more focused on development than restoration of wildlife habitat and conservation of the animals in the wild.

I could also see the public has little awareness of the suffering or of government policies towards animals.”

Laura is also a member of the Board of Directors and the vice president and general counsel for Equine Welfare Alliance, an executive advisory board member for Saving America’s Horses. She is an advisor to StubbyDog, a project to restore the image of the pit bull dog and also serves as an advisory board member to Miami Coalition Against Breed Specific Legislation. Laura is on the advisory board for WFLF Wild Capture Awareness and works with Animal Advocate Television. She is a frequent speaker and a regular guest on Big Blend radio’s Nature Connection, Animals Today Radio and Wild For Life Endangered Talk Radio.

Russ is a hands on attorney – He was on the front lines working to rescue animals during Hurricane Katrina. He has also worked to rescue animals from hoarding situations, over 1,000 rabbits in one case and more than 800 cats in another. He worked with local authorities on the prosecution of those cases.

Russ also worked to organize a program to stop local governments from passing pit bull bans. He has successfully worked with local government attorneys and animal control to avoid breed discrminatory law and instead implement laws that will protect communities from negligent dog owners. Russ is an advisor to the StubbyDog project.

Send Email to President Obama regarding His Promises to Uphold Legislation Favorable to Humane Treatment of Animals.

Call your Representatives BEFORE JUNE 15. Stop Horse Slaughter in the U.S.

Take Action to STOP Bill in Virginia that would reduce the requirements for the Care & Treatment of Horses.

“Summit of the Horse” a Misnomer